The Infernal Grove is an unsystematic structural analysis of drug use, addiction and recovery (not necessarily in that order). It is anti-carceral, anti-prohibition and seeks to amplify the voices of radical harm-reductionists and their coalitions. It recognizes the value of the sacred while rejecting all forms of piety. It posits wonder and the land as spaces of enchantment, as not an antidote to but an extension of the space opened up by drugs.

It’s based on the artists’ lived experience of drug use and the consequent interventions of state and medical establishments, which included both involuntary hospitalization and outpatient rehabilitation.

It is a video installation presented this fall at The Blue Building Gallery, Atlantic Canada’s first independent, state-of-the-art facility for presenting contemporary art. An associated study group will be presented as part of Nocturne, an all-night art event in Halifax in October, and again at the Rendezvous with Madness festival in Toronto in November.

The film is based on interviews with members of Vancouver’s Drug Liberation Front, a radical harm-reduction group that gives out free, tested crack and fentanyl on the street; with Samona Marsh and Hugh Lampkin of VANDU, the first drug-users union in North America; with video art pioneers Paul Wong; with a white-rapper-turned-cannabis-entrepreneur from Oregon and Zaire Knight artist from rust-belt New York; with a “sober influencer” from Nova Scotia and the brother of a for-profit rehab chain; with drag artist Mikiki about his (entirely positive) experiences in the chemsex scene. The interviews are woven together with hypnotic time lapse video of the natural world.

The visual material has been collected over several years through a process both painstaking and wobbly. Much of it is timelapse and all of it is made to draw the viewer into the inside of beauty—to actually be in beauty for a while—because inside beauty there is a room, and in the room is enchantment or wonder.

You Were an Amazement on the Day You Were Born is a visually rich film that follows a woman through a life characterized by damage and loss, but in which she finds humor, love, and joy. With a score that follows the span of Lenore’s life, from her birth in the early 70s to her death in the 2040s, the film takes us from moments of harrowing loss to those of poignancy and dark humor.  Her life is told through voice over, narrated by performers who range in age from nine to sixty-nine, and is beautifully illustrated with images of animals (including humans), insects and landscapes.

Film theorist Eli Horwatt writes “You Were an Amazement… conveys how the human animal’s ineluctable death drive can be the source of both profound comedy and tragic cruelty. In the many stories relayed across this short but voluble film, viewers are invited into an intimate identification with the experiences of marginalized others.”

Featuring Becca Manley, who played Shelly in Clio Barnard’s The Selfish Giant, Barbara Woodford in Shane Meadows’ This is England 86, 88 and 90 and Mary in the recent adaptation of PK Dick’s Electric Dreams for BBC Channel 4. 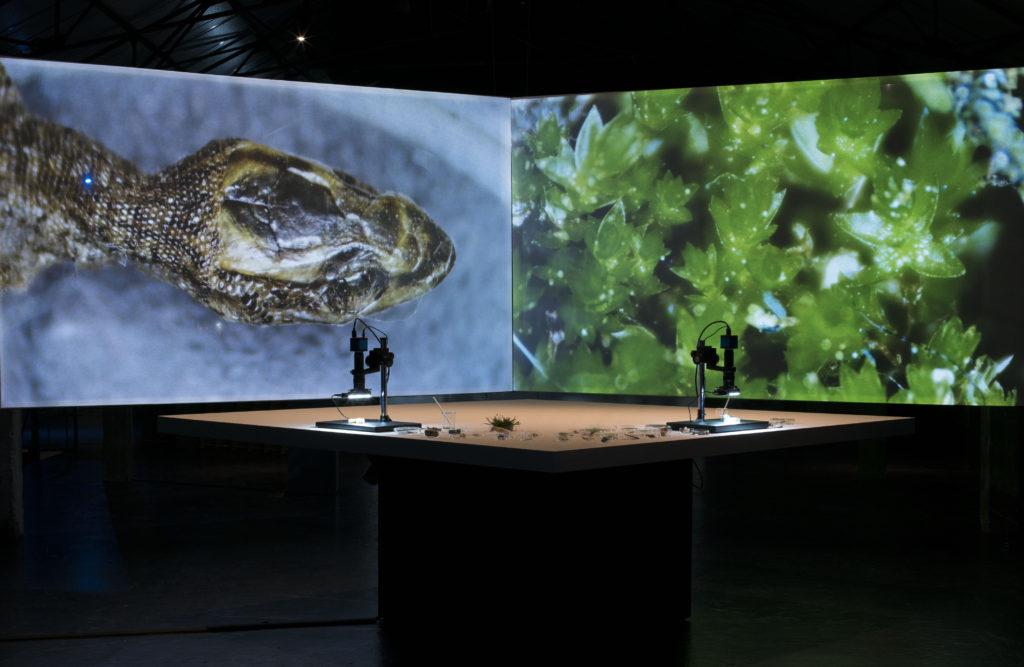 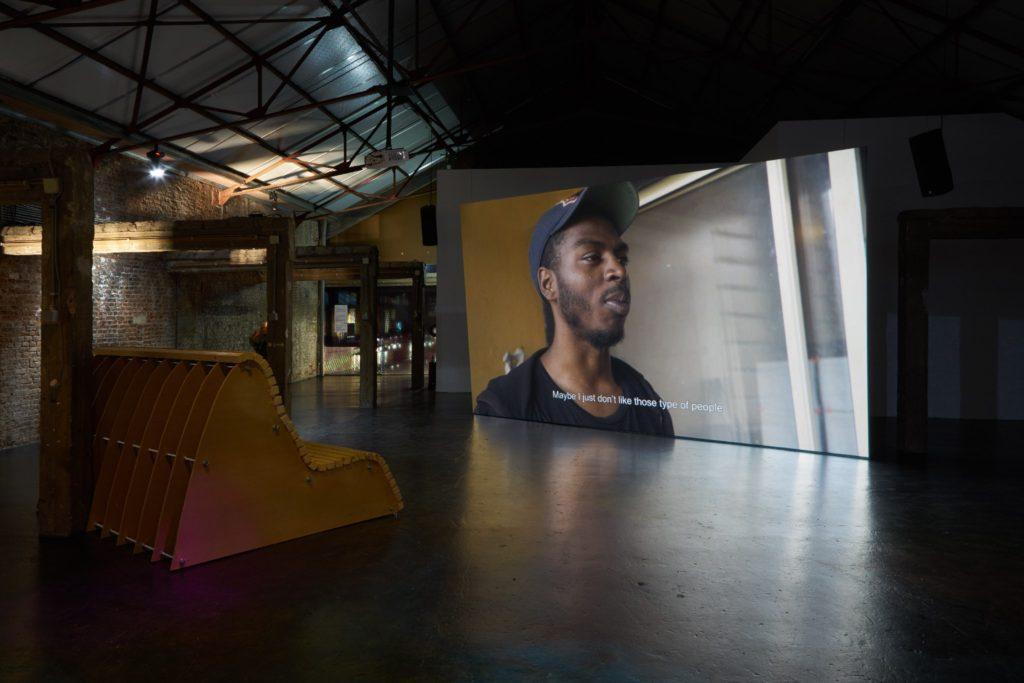 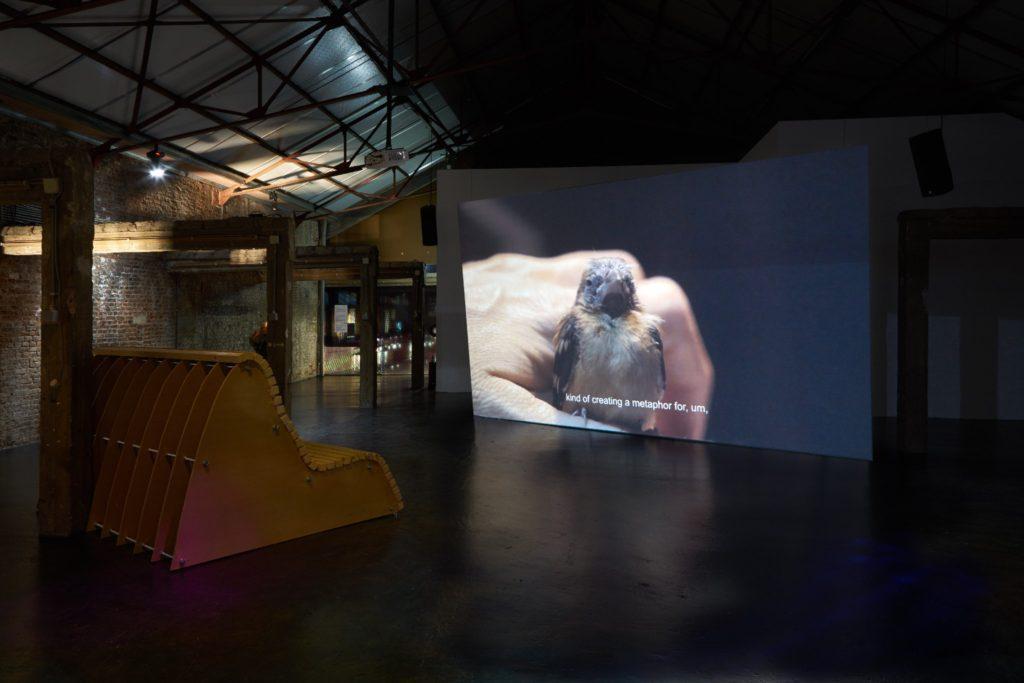 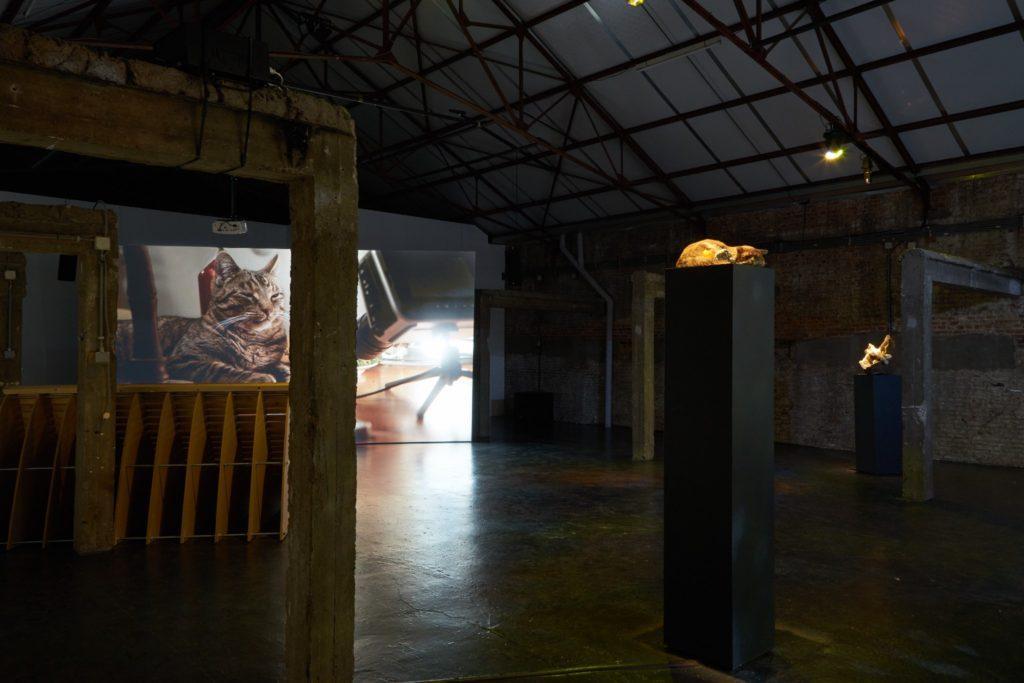 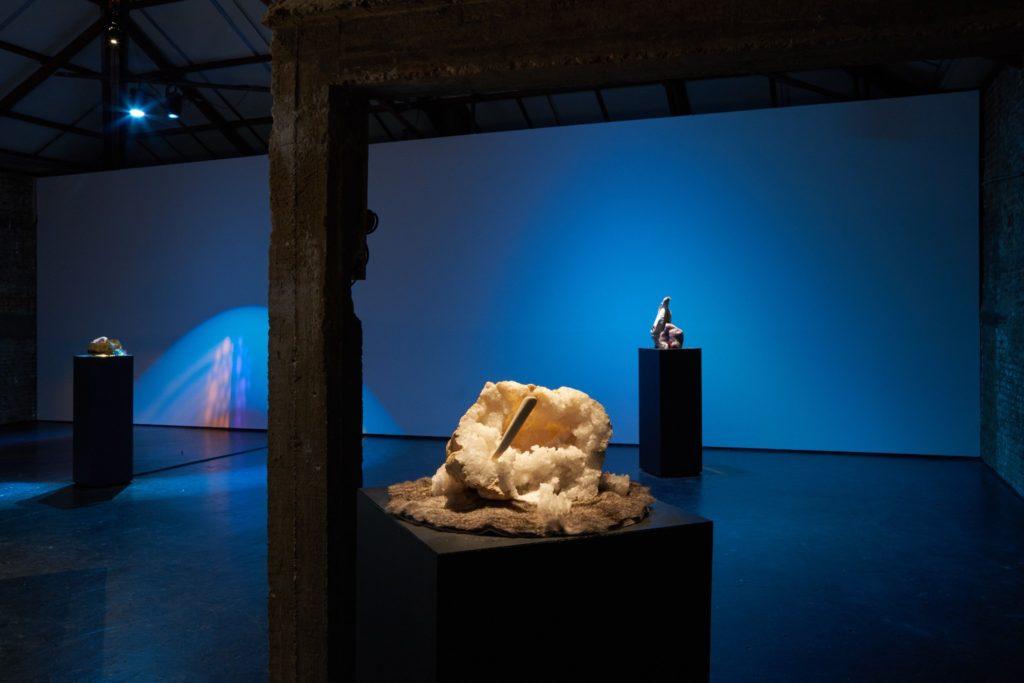 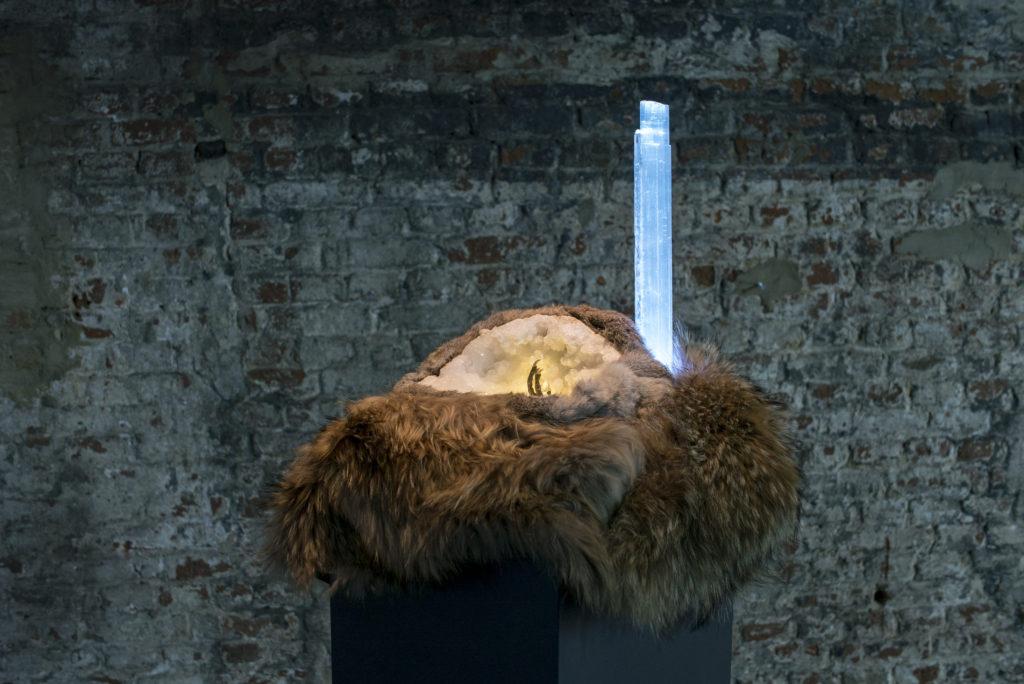 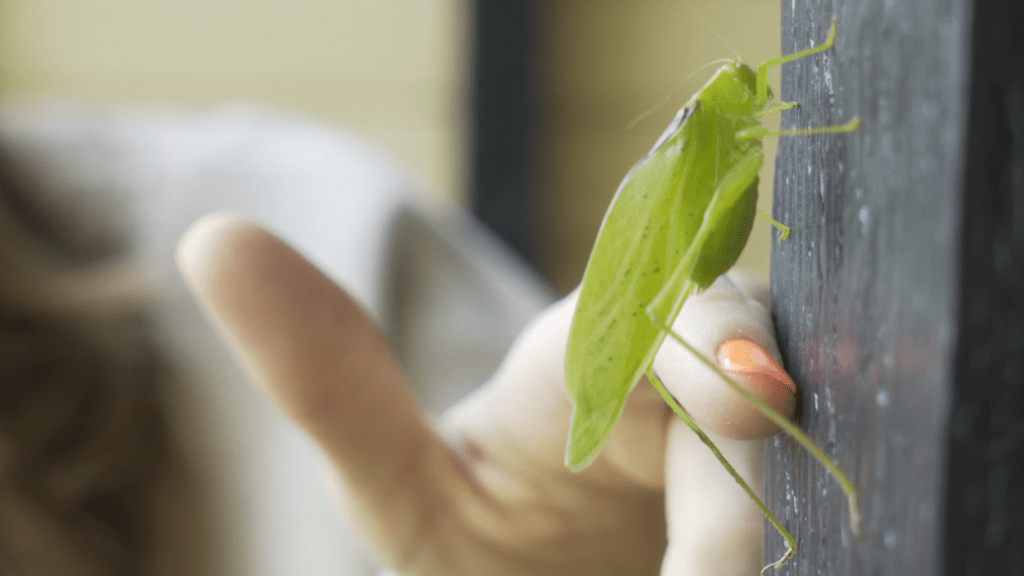 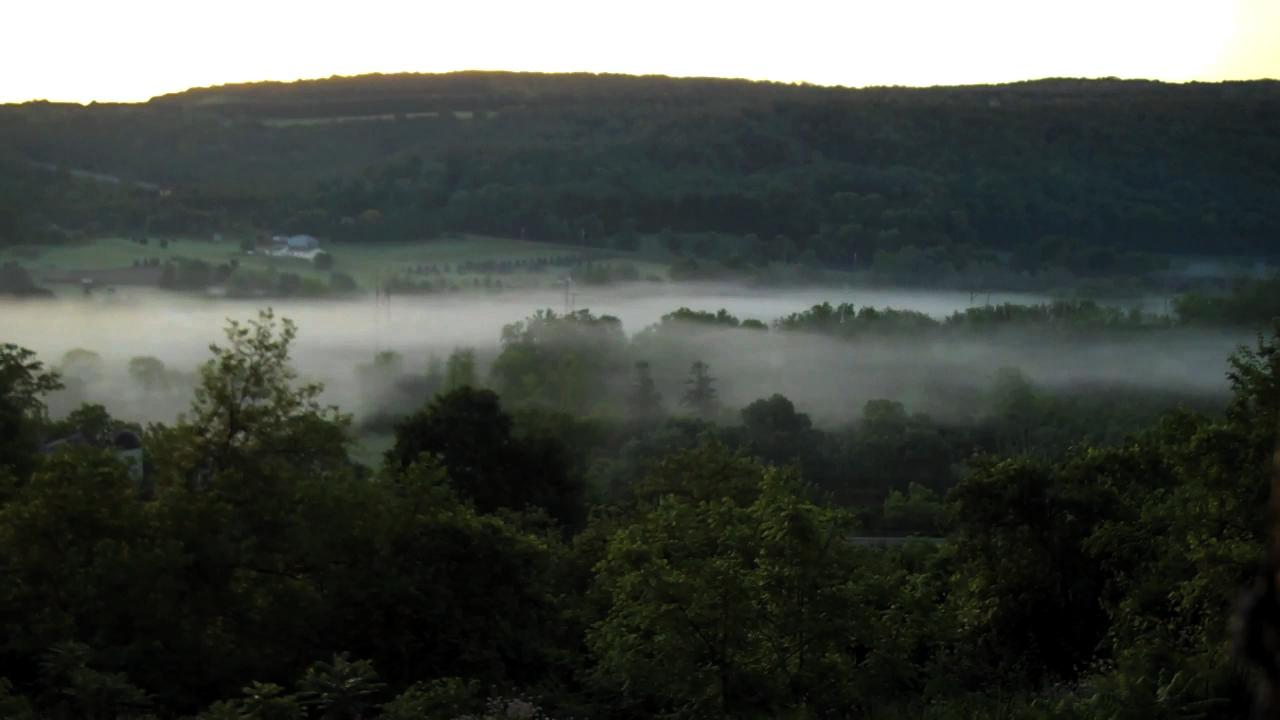 These are some images from our exhibition Always Popular, Never Cool, which was on display this fall at the Markham Museum, a twenty-five-acre pioneer village housing thirty centuries-old structures.  Our piece was part of a huge project called “Land/Slide: Possible Futures“, curated by the astonishingly smart and generous Janine Marchessault, who previously co-curated The Leona Drive Project, as well as Museum for the End of the World at last year’s Nuit Blanche.  Janine also teaches at York University.

Our project is a diorama depicting a sexual assault at a middle-schoolers’ house party, which is interrupted by a kind of feral-child superhero called Ardath, who bursts upon the scene clad in animal skins and riding a coyote.  It has been written about here: 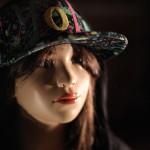 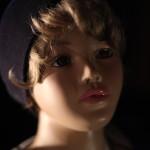 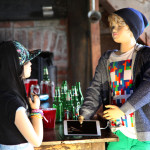 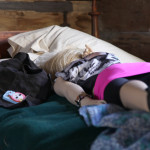 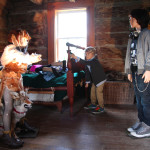 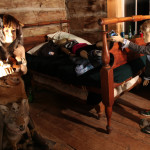 The Short Movies of Emily Vey Duke and Cooper Battersby 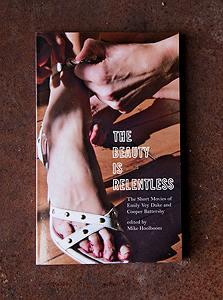 “[Here] exists a kind of nakedness, a peeling away of propriety, a questioning of behavioral and social systems—and yet I find their work refreshingly playful and deeply generous.”—Deborah Stratman, University of Illinois at Chicago.

The literary post-punk short movies of Emily Vey Duke and Cooper Battersby have been tearing up the festival/gallery circuit for the past fifteen years with their blend of bedroom pop, perverse animations, and hopes for fame. In this collection of award-winning scripts, creative writings, and critical missives, scholars, video legends, and animal experts—including Steve Reinke, Sarah Hollenberg, Akira Lippit, and Tom Sherman—weigh in on why these movies matter.

Emily Vey Duke and Cooper Battersby have been collaborating since 1994. Their work has won the top prize at festivals in Ann Arbor and Chicago, and awards in , Zurich, and Hamburg. They teach at Syracuse University.

Mike Hoolboom is an internationally renowned experimental moviemaker and critic.

Made possible by: Pleasure Dome, mocca, and The Canada Council for the Arts.